Voluntary work as an extra dimension


Jade (28) was born in Vietnam en went to university in Australia, where she studied architecture. Love brought her to Amsterdam, where she works as a freelance lighting consultant as well as a volunteer for the Plan Angel Foundation, an organization that brings together Colombian adoptees and their biological families. “I felt the overwhelming pride of being part of this group.”

“Eight months ago I moved to Amsterdam, to join my partner who is Dutch; we met in Australia. “Soon I decided to look for voluntary work. Not only because I had some time to spare, but mostly because I wanted to contribute to the new community in some way. I have always thought that volunteering is a great way to give back to society by using the skills that I already have whilst developing new skills (When I was living in Australia, I used to volunteer at a charity shop at the Red Cross). I was also keen to meet new people and build my network. I consider it as an enjoyable and enlightening journey; you never know where it may lead you.”

A safe house for vulnerable woman

It all started when she visited the website of Volunteer Center Amsterdam and searched through English speaking vacancies. “I came across the Plan Angel Foundation, which immediately captured my attention. They were looking for administration volunteers and it seemed to me that I would be a suitable candidate as I am a highly organized person. I sent my resume to Marcia, the founder and coordinator of Plan Angel. She was very enthusiastic and told me that she was looking for a coordinator for a new project they were about to launch: a safe house for vulnerable women with children to be built in Colombia.” A project that may take her to Colombia one day. “That would be amazing.”

Inspired by the cause

“Unlike many other volunteers, I have no experience of adoption. I was moved by numerous stories of the people whose life mission is to find their biological parents. This is an organization with its heart in the right place, protecting the vulnerable, reuniting families, fulfilling the dreams of numerous adoptees. I can identify with their mission.

I work both remotely and from the office. And I love it. The team of volunteers for the Colombian safehouse project is relatively new. We started around the same time, which contributes to the feeling that we are going to build this together.” Plan Angel has a lot of projects worldwide. Except from the Netherlands, the organization works with volunteers in Belgium, France, Australia and Colombia. “Recently I met my colleagues via a zoom meeting. The passionate involvement of the volunteers I got to know was so incredible. I felt the overwhelming pride of being part of this group.”

It feels as if I really belong to this city

Right now she is working on a project proposal for raising funds to build a safe house in Colombia, aiming at investors worldwide. “I am working on this project in Amsterdam, together with the fundraiser/strategic advisor, the architect designing the safe house is working in Greece.” Plan Angel feels like a new family to her. “All of a sudden, I have a network which wasn’t there only a few months ago. I have met people whom I would otherwise not have met. Besides, I work along Dutch volunteers which makes me feel as if I really belong to this city.”

This voluntary work helps her to integrate with the Dutch society while experiencing a personal growth. “When I applied for an admin position, I didn’t know that I would be offered to do project management. I do have previous experience with project management in my profession. But most importantly, I was looking for something special which could provide an extra dimension to whatever else I do, something which is not my work, my partner, my family or my friends.” 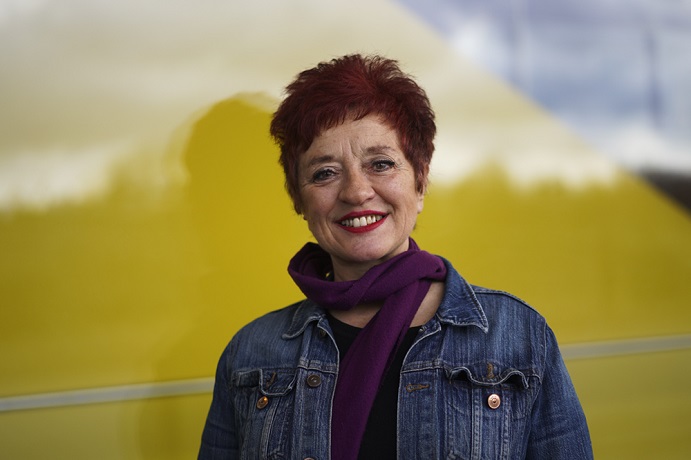